The Small Business Murals Project, which was created by the Rocket Community Fund, pairs muralists with small business owners throughout the city to create transformative, large-scale murals. The goal of the project is two-fold: to spur business growth for participating entrepreneurs and to create one-of-a-kind art in Detroit neighborhoods that brings people together. Since 2017, we’ve worked with 19 artists to create 26 murals for Detroit businesses.

How Does It Work? 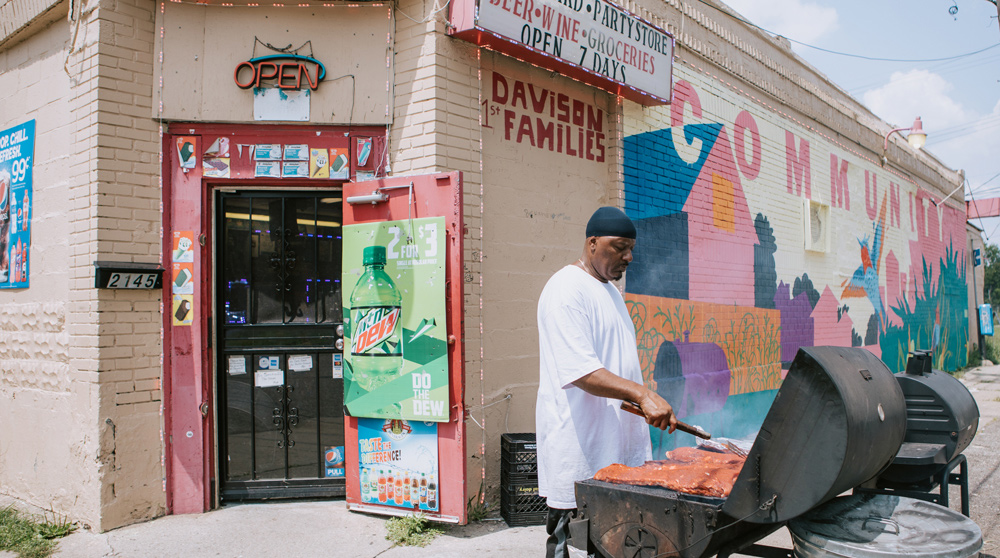 We work with nonprofit partners, including TechTown and ProsperUs, to identify businesses that would benefit from murals. 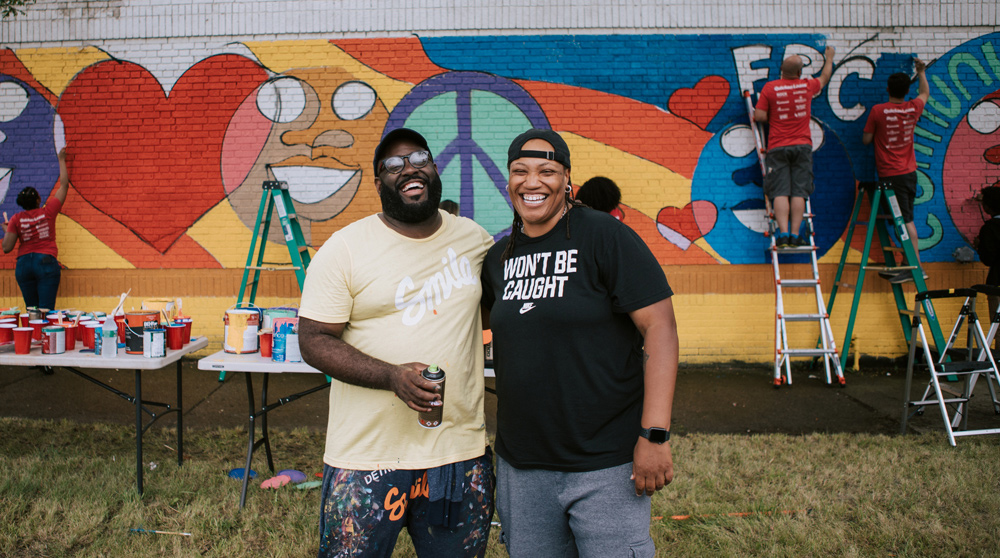 Next, we work with 1xRUN to identify prominent Detroit artists and connect them with our business owners to collaborate on the mural development. 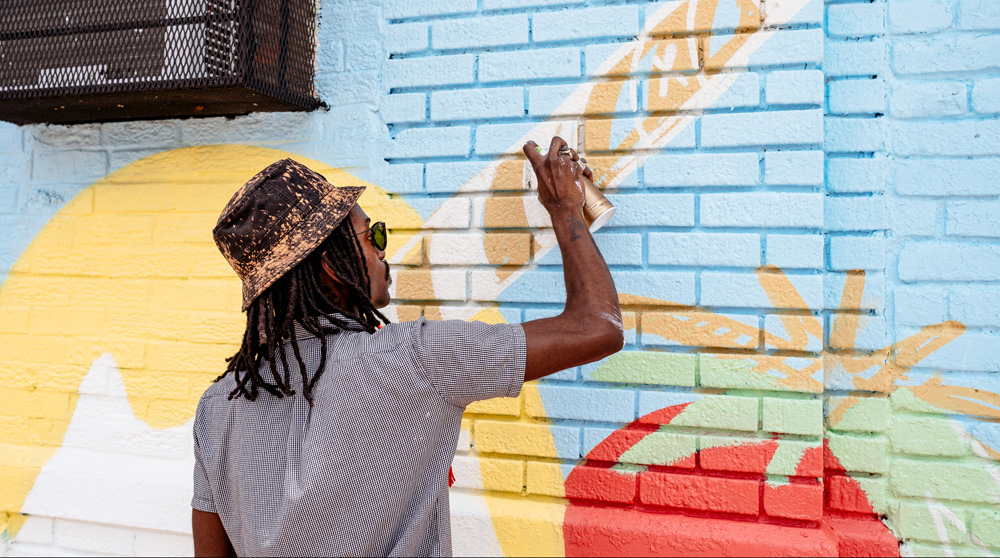 The artists paint the murals, creating one-of-a-kind art that attracts Detroiters from
throughout the city and supports small business growth.

See The Murals For Yourself

Go on a self-guided mural tour to see how the Small Business Murals Project is reinvigorating businesses and communities across Detroit. 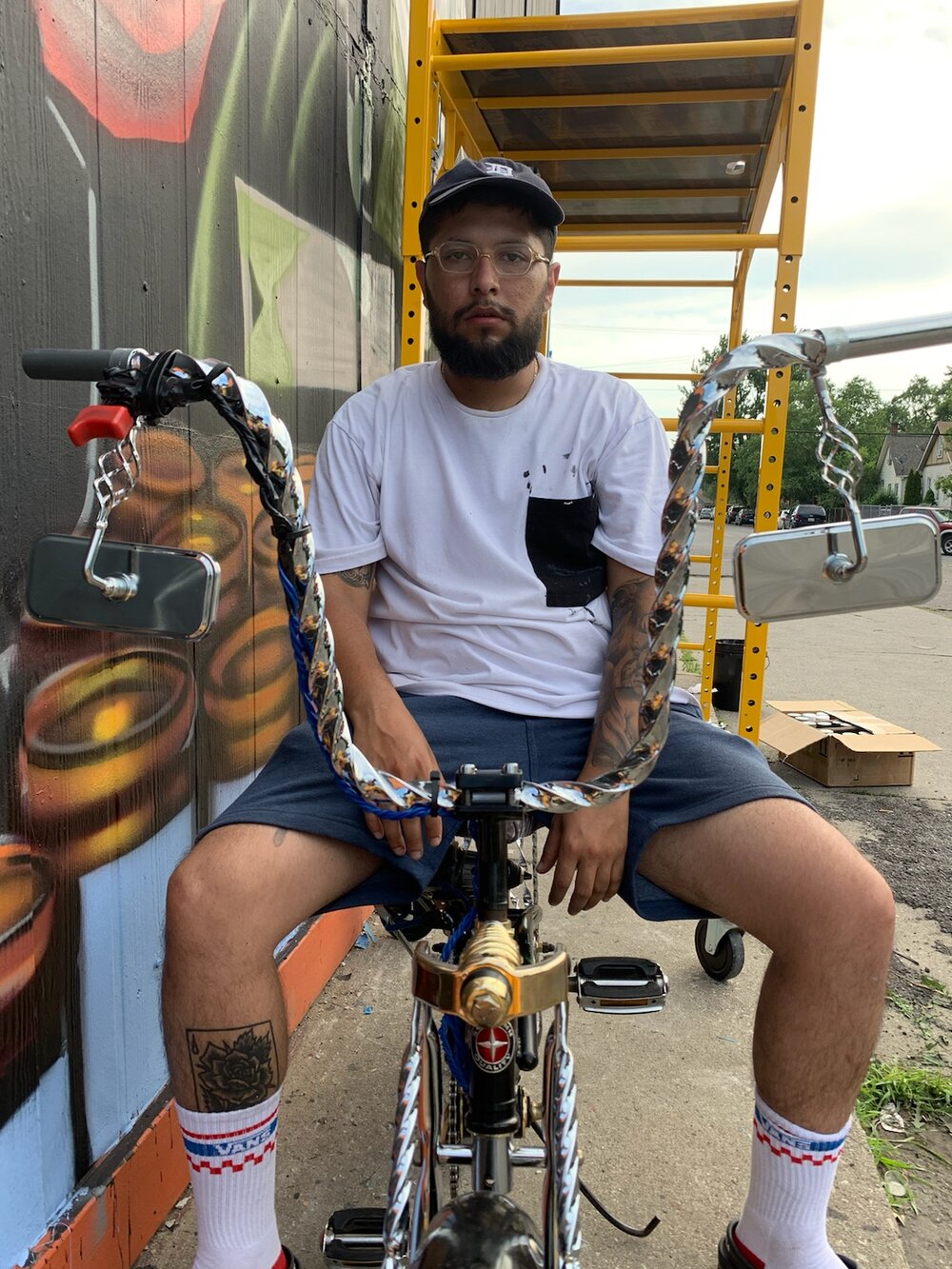 Freddy Diaz comes from a background in graffiti art. A first generation American and native Detroiter, Freddy uses graffiti to enhance the community by uplifting both local and international businesses. While he is most well-known for his graffiti art, Freddy uses a variety of mediums including murals, canvas, sculpture, and clothing. His art features a myriad of styles and narratives, and he hopes that this diversity in art will inspire the next generation of creatives. With the help of the community, Freddy has been able to branch out to work with companies such as General Motors, Ernst Young, Lear Corp, Adidas, as well as painting in countries such as Italy, France, Portugal, Netherlands, Denmark, Sweden, Cuba, Colombia, and Mexico.

See All Of The Murals

Check out this interactive map to see all of our murals and learn more about the participating artists and small businesses.

For more information on our small businesses mural project, contact us at: info@rocketcommunityfund.org